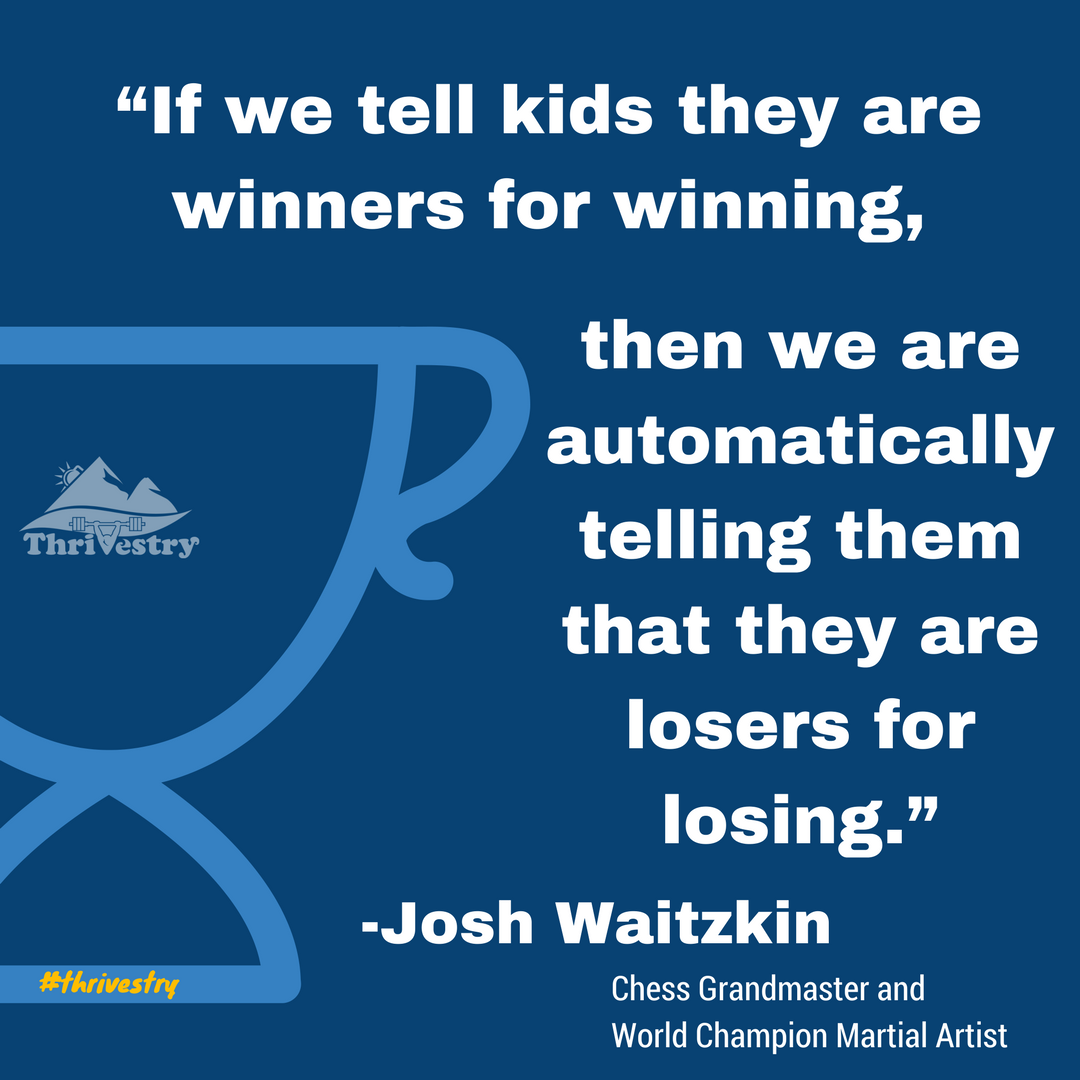 Members shaving or cheating reps is always going to be a factor when recording scores. But why? Why is it that some people are known to ‘fudge’ and others don’t seem to care at all?  What does it say about someone that doesn’t like to record their numbers?

As educators and coaches we should be intimately familiar with the growth mindset. We know that if we put in the effort at the gym, we will get better. But what about traits like intelligence, creativity, athleticism, or people skills?

What neuroscience has been proving time and time again is that the brain is malleable. Our brains will develop and grow to the tasks if we tell it what we want it to do (through practice). It is absolutely true that we can improve any of the traits above through the proper training and practice. History is replete with very talented people that were once labeled as ‘inept’.

“If we tell kids they are winners for winning, then we are automatically telling them that they are losers for losing.” -Josh Waitzkin

Chances are, you have your own ‘fixed’ mindset thoughts about certain people or characteristics of yourself. Ego (as in the sense of self) is who we deep down think we are.  It is tied to our Identity. Many people we coach may have a growth mindset about certain things, and a fixed mindset about others. If our Identity is tied to performance, our Ego will not know how to cope. To protect this discomfort, people will come up with excuses, not believe the results, say that others cheated, and… cheat themselves.

Culture of Growth and Mastery

Culture can go a long way to help people get over this discomfort. Gyms that tend to put top performers on a high pedestal, and who don’t praise the hard workers making gains at the lower levels, will always have trouble with people fudging their numbers. Our members want praise (sometimes called ‘strokes’) from their coach and their peers. If the top performers are getting all of the attention, or if a member seems to have gotten ‘beaten’ by someone in class they normal best, or they under perform expectations, they are much more likely to use one of the coping mechanisms above.

Let’s say you have a good culture around praising all effort, and you still have a problem with someone ‘rounding up’. That means that this person likely has an Identity that is tied to performance and praise. First of all, NEVER call out a person in front of others. This type of discussion is best done one on one. Second, confronting their Ego the wrong way will likely make them resist and deny even more that there is an issue.

A better approach is to open the discussion about the growth mindset, and praising effort and consistency. Just like ‘consistency doesn’t mean coming 7 days a week’, praising effort doesn’t mean that they always ‘crush’ themselves every workout. It means that they are deliberately trying to do the movements better and that they are working toward mastery. The score on the whiteboard is a snapshot of current levels of performance. Pushing the boundaries of proper mechanics and/or skewing the numbers makes the performance data tainted. As much as possible, data should be recorded as a passive observation, not forced to fit a target number.

Allowing the person to let go of their performances ‘to work on form’ can be a shortcut. This justification may be just the excuse they need to record their real results and get out of the fudging game. Praise them on their effort toward practicing technique and improving mechanics. Highlight their form improvements to others (not their scores). During recorded efforts (lifting, metcons, etc.), you as a coach should slow them down and force them to move better. Demonstrate to them that you are paying attention to their reps and rounds by constantly asking them where they are at. At the end of the workout, point out to some of their peers (if not the whole class) that they probably would have gotten a better ‘score’ if you hadn’t been on them so much. This will save them some face and put some of the blame on you (protecting their fragile ego until it can become more resilient).

What about people that never want to record their scores?

Some people never record their scores because they are lazy and they don’t have an easy way to do it. This isn’t the best for the long term, but it can be remedied in many cases by making it easier for them to record (leaderboard at the gym, online tracking, training logs at the gym, etc.). You can also convince them by talking about the long term goals of improvement over a lifetime. It is very motivating to look back at scores from months and years ago and to see how far you have come. I have heard it thousands of times: “I wish I had started logging when I started so I could see how much progress I have made!”

Other people don’t log their performances because they want to protect their Ego.

The recording of performance is less about comparing yourself to others as much as it is about growing and developing.

In most of our gyms, there will be some comparisons made. This will be a challenge to people’s Egos and some people will want to protect themselves from the discomfort. This is a short term strategy. The lesson is to put aside the Ego and understand that the score is just a passive reflection of where you are at that day. It is not tied to what people think of them, their success as a human being, or their progress. Point out to them that without at least some recording, they will eventually burn out. It is like painting a room with a roller without paint. Without the paint, how will they know they are ready to move on to the next room?

Here are a few things you can do in your community to foster a growth mindset and allow people to challenge their Egos so they can grow as humans.

I hope this helps you understand the psychology of shaving reps, and what to do with numbers fudgers and non-loggers!

Bonus!: Here is a video talking about the research and the growth mindset!